Why inexpensive American wine is so bad

The New Yorker’s recent profile of Fred Franzia has sparked a debate amongst the wine pundits on the question of why it’s so hard to find good American wines under $10, under $12, or even $20. I had an interesting conversation on this topic with Tyler Colman the other day. There’s a debate on the topic on Tyler’s blog, Dr. Vino, where he asks his readers to weigh in on these potential theories: 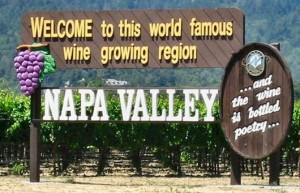 Beautiful place, for a placebo

Eric Asimov at the New York Times has also recently commented on the difficulty in finding good, cheap American wines on his blog and in print. In the print article, he seems to gravitate toward the “shortish history” explanation, together with a discussion of a dominant social/consumer norm in the US wine market that leads producers to gravitate toward a single, uninteresting style (a style that I think has been promoted by many wine magazines). Asimov writes:

“In modern American wine history — post-1960 — the selection of grapes is monochromatic…In effect, then, California produces a small amount of top-flight wine along with an ocean of generic wine that seeks to imitate the top echelon, often through artifice like oak substitutes and additives. All too often, the choices are expensive cabernet or chardonnay, and imitation expensive cabernet or chardonnay.”

A similar perspective on Asimov’s blog:

“Very little wine is flawed in this day and age, now that we understand the science of winemaking and the importance of hygiene and temperature control in the mass-production of wines. But it is insipid…I think many inexpensive reds are made to imitate more expensive bottles and end up tasting artificial. Ambition is laudable and this country is full of winemakers who want to make world-class cabernet sauvignons and pinot noirs. But doesn’t anybody want to make the great equivalent of a Beaujolais or Montepulciano d’Abruzzo?”

I couldn’t agree more on the point that many inexpensive American reds try to imitate more expensive ones, and wind up uninteresting (I’d go so far as to say disgusting, a lot of the time) as a result.

Everyday consumers, even if they have different preferences than experts, seem to agree: in the blind tastings that formed the basis for The Wine Trials, US wines did proportionately much less well than foreign wines in blind tastings. Although Spain and France had fewer entries in our tastings (the universe of wines with which we started was the under-$15 mass market, which is dominated by US producers), a much higher percentage of them made it into the top 100 that were recommended in the book.

On the question of style, my hypothesis is that wine consumers are more suggestible than anyone wants to admit, and even if Asimov is “not really addressing [him]self to people who drink wine occasionally and uncritically,” those people’s suggestibility is determining the direction of the wine market, and thus impacting the critical drinkers, too.

Wine is a business, businesses pursue profit, and mainstream consumers are the drivers of that profit. If consumers are highly susceptible to the placebo effect, and if numerical wine ratings and glowing reviews are the engines of that effect, then the industry of wine writers and critics—the placebo effect’s caretakers—are endowed with extraordinary power, as a group, in determining the stylistic direction of wine.

Certainly there are unexpected blips in this directionality—Sideways, the collapsing economy—but it’s clear to me, at least, that mainstream wine magazines are promoting precisely the style that Mr. Asimov complains about, and we have them to thank for these wines’ popularity in the marketplace. It’s worth noting, too, that these magazines accept advertising from wineries, and that the vast majority of advertisers are mass-market American wineries.

On the separate issue of pricing, I believe that the three-tier system is largely to blame. My recent post entitled “The Boston Wine Party” explains why. The short version of my argument is:

2. Archaic blue laws, which were enacted after Prohibition for the sole purpose of limiting how much Americans drink, still mandate the existence of middlemen that must take a cut to stay in business, further driving up the price of both imported and domestic wines.

3. As a result, domestic producers don’t learn to compete globally on price. This wine is made by the US market for the US market. It exists in a bubble.

But that system is not the only culprit. The second factor at play is that many wineries are simply choosing to overcharge for extrinsic attributes, and that practice is culturally accepted in this country. We must not forget that wine prices are not a mere function of the costs of wine production. Wineries, like all businesses, choose their pricing strategies based on sales forecasts. It is an exercise in guesswork, of course: how many more units might you ship if you lower the price $1? How many fewer if you raise the price $1? Who knows?

Wineries also have a lot of control over their cost structures—for example, they choose whether or not to spend money on advertising, on extortion fees paid to wine magazines, or on land in a prestigious appellation. The winery could always choose to sell its land and move, or to buy less expensive grapes from elsewhere.

It’s often taken for granted that charging more money for wines from prestigious appellations is justified. But consider the following: I work out of the New York offices of Workman Publishing, on Varick Street in the West Village. The opportunity cost of this office space is very high. Does Workman have no choice but to charge more for its books than an equivalent publisher on the outskirts of Houston?

No: Workman undercharges for its books. There are business reasons for locating in an advantageous place—reasons that make it worthwhile, sometimes, to spend more on fixed costs—but those costs do not necessarily need to be passed along to consumers. The point of this is that businesses ultimately choose how much to charge for their products. Price is not a natural inevitability of location.

Of course, terroir doesn’t figure into book publishing (or maybe it does, but that’s a conversation for another day…). Napa Valley does have an advantageous terroir. But so do many less expensive areas than Napa and Sonoma: Walla Walla, Washington, for instance, or the Hudson River Valley.

The real reason that many US wine producers buy land in, or grapes from, Napa Valley isn’t because it enables them to make inherently better wine; as we’ve discussed, the same style of cheap wine is being made everywhere. Rather, the investment pays off because mainstream wine magazines perpetuate the myth that Napa Valley wine is worth paying extra for. And when the placebo effect kicks in, it’s a myth that becomes reality.