A boil-down on buffalo mozzarella purism

The Times of London reports that Italian Minister of Agriculture Luca Zaia has dissolved the mozzarella di bufala campana consortium after a series of inspections revealed that “25 per cent of the cheese sold as buffalo mozzarella was fake because it contained 30 per cent cow milk.” Mozzarella di bufala, with its wonderfully funky water-buffalo-milk notes, is one of the main ingredients in some versions of margherita DOP pizza (although it’s not, as Alan Richman has wrongly stated, a required ingredient). It’s also frequently served raw as an appetizer, either on its own or with ham. 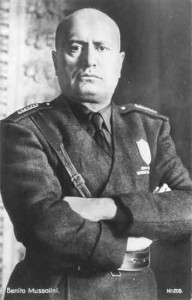 The Italian Ministry of Agriculture has a recent history of operating at the curious intersection of neofascism and culinary purism. Zaia’s “zero-tolerance policy” on food fraud became famous with his 2008 bust-up of cheating Brunello di Monalcino producers, which was hailed as a victory for consumers. But in a less-reported crackdown the following year, Zaia, a member of the extreme-right-wing Lega Nord—the political party that has advocated the seccession of Northern Italy—also instituted, with Berlusconi’s backing, a policy banning new “ethnic” restaurants from opening in certain northern Italian cities, including Lucca and Milan. It was a move that the left-wing newspaper La Stampa called “culinary ethnic cleansing.” Reporting on the policy, the Times of London quoted Lucca city spokesman Massimo Di Grazia as saying that “French restaurants would be allowed”; he was “unsure, though, about Sicilian cuisine. It is influenced by Arab cooking.” Continued the Times: “Asked if he had ever eaten a kebab, Mr Zaia said: ‘No—and I defy anyone to prove the contrary. I prefer the dishes of my native Veneto. I even refuse to eat pineapple.’” This, from the country’s Minister of Agriculture.

Sometime in 2001 or 2002, I recall meeting, and discussing pure-ingredient fervence with, Giorgio Alemanno, who was Italy’s Minister of Agriculture at the time (this was two Ministers ago). The man talked about wine with great passion. And like Zaia, he was also an absolute right-wing zealot. As mayor of Rome, Alemanno was famous for praising Mussolini, expelling immigrants, and mowing down gypsy camps. “Upon his election,” reported the Telegraph at the time, Alemanno “was greeted by crowds of supporters, among them skinheads, who chanted ‘Duce! Duce!’ and raised their arms in a fascist salute.” It’s interesting to see Zaia, with Berlusconi’s backing, continuing in this tradition.

Certainly, when we buy mozzarella di bufala—or Brunello di Montalcino—we want to get the real thing. But if we’re enjoying what’s sold as Brunello or bufala, and feel like we’re getting our money’s worth, is the cow/Cab crime really so great?

I’ve previously discussed the thorny issue of the overzealous advocacy of a traditional recipe to the exclusion of all others. In response to Florence Fabricant’s claim, for instance, that “for any pasta all’amatriciana to be authentic, it must be made with guanciale (pork jowl),” not bacon or pancetta, I responded that “too many food writers construct a counterfactual Italy of culinary dogmatism, a population of finger-wagging guanciale zealots, a nation…harrumphing around about how the world is going to shit now that people are making amatriciana with pancetta…People and recipes aren’t anthropological tokens. They’re living things, the products of neural assemblies and proteins and chemicals bouncing across the ages. Narrow your gaze and squint your eyes too tightly in the search for authenticity, and you might miss that whole, beautiful landscape.”

Perhaps I should revise this statement: clearly, there are some finger-wagging guanciale zealots in Italy. They tend to gravitate, it seems, toward the Ministry of Agriculture. The question of whether “zero tolerance,” when it comes to food, is fascist, patronizing, noble—or all three—is certainly one for further contemplation.