It’s one thing for a food writer to opine about which pizza style is his or her favorite—everybody seems to do it, whether in New York, New Haven, or Naples.

But it’s a breathtaking mistake for a seasoned food writer like Alan Richman, in his widely read new GQ evaluation of the top 25 pizzerias in America, first to completely misstate the definition of Italian DOC pizza; then to imply, without evidence, that the whole Italian population supports that misstated definition; and, finally, to use that misstated definition as the basis for a condemnation of the entire pizza culture in Italy. He writes:

“ITALIANS ARE WRONG. Not about cars or suits. About pizza, and they’re not entirely mistaken about that, only about crusts and buffalo-milk mozzarella…the Italians are proudest when they can substitute fresh mozzarella from the milk of buffaloes and label their pies Margherita DOC…In my opinion, buffalo mozzarella is pizza’s second-worst topping, exceeded only by whole anchovies… All that excess liquid has to go somewhere, which is why the bottom crust turns to mush, not that it was ever particularly crispy…this is why Italians need a knife and fork. This is why our pizzas are better than theirs.”

“The Italians are proudest” when they can substitute in buffalo-milk mozzarella and “label their pies Margherita DOC”? 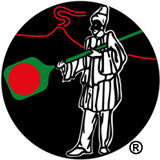 But Mr. Richman doesn’t stop at getting the definition wrong; he also suggests that all Italians, if offered the choice, would choose bufala—implying that they embrace, or somehow aren’t bothered by, the sogginess of the crust. Is Mr. Richman—who has “traveled 20,000 miles” in researching this extensive set of pizza rankings—unaware that the fior di latte-vs.-bufala crust-moisture debate is a raging, unsettled controversy in Italian gastronomical circles, both inside and outside of Naples? This is one of the world’s great food cultures we’re talking about, and its culinary community deserves better than the naïve assumption that they all just like their crusts soggy.

“I’ve eaten in Naples,” explains Mr. Richman. But he must not have eaten at (arguably) the city’s most famous pizzeria, Da Michele, which uses only fior de latte d’Agerola, and never mozzarella di bufala; they don’t like the excessive liquid that drips from bufala. And although there are many pizzerias in Naples that do put bufala on pizza, just about all of them also offer fior di latte, and customers are divided between the two options. In other regions of Italy, in my experience, the use of bufala is even less common.

To misunderstand the cultural norms of a foreign country is forgivable; we’ve all been guilty of that at some point or other. But to flippantly trash another country’s food culture on the basis of a set of statutory rules that one hasn’t even looked up is irresponsible journalism.

I think a retraction should be in order.