In Sweden, all wine stores are organized by price

Is this a good thing or a bad thing? My intuition (and that of the economists I’ve been speaking with here in Stockholm) is the latter—first and foremost, as in Quebec, it’s a major headache for wine producers, whose distribution chances hang on the (often arbitrary) whims of just one decisionmaker. Opening hours of stores are criminally short. Pricing is screwy, in part because per-unit (rather than per-krona) taxation results in cheap wine being overpriced and expensive wine underpriced. As ever, monopolies throw everybody’s incentives out of whack. 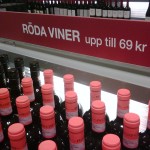 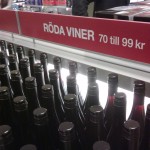 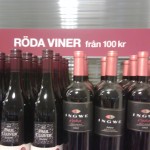 Although I’ve seen US wine stores with special $10-and-under sections and such, I’ve never seen an entire store organized this way. Intuitively, at least, it seems to be more aligned with consumers’ game plans as organization by region, grape, and so forth.

My guess would be that profit-minded stores, for understandable reasons, don’t want to lose the chance to upsell—they want people to walk away with a wine more expensive than the one they came looking for.